Is one of the easiest things you can do to earn some geons. Anyone can do it since the traps only cost 40geons.
Once you buy a trap from the NPC you just go near to the water and start fishing.
*Note : The more fishers/accounts you have the more effective this farm will be.
U can use a fish hook which costs 40 geons or a net which costs 4000 geons.
Both can be bought from the general NPC in Narootuh. 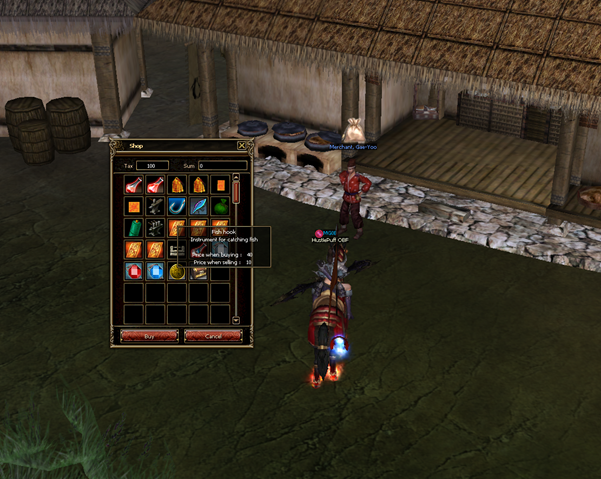 - restores 300 HP / Can be used instead of medium medicines

- can be used for medicines

- used for making speed up medicines 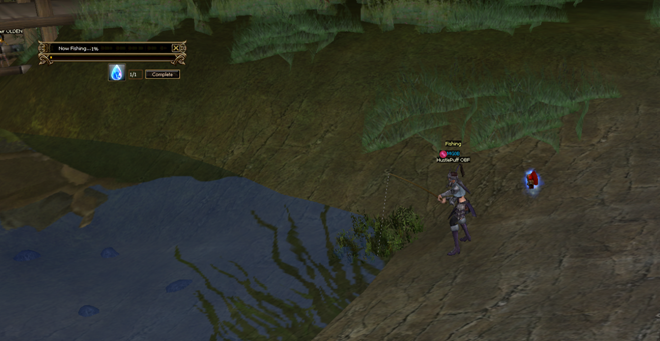 Is a bit more expensive then fishing since a mining pick costs 9900 geons.
From mining u can get a verity of ores, which you can then sell for profit.
1 pickaxe gets you 6 ore (you can also get gravel which is useless).
You also get 30 free pickaxes just by leveling up to level 40.
*Note : The more miners/accounts you have the more effective this farm will be. 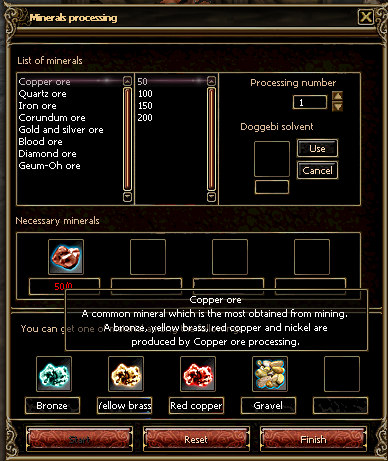 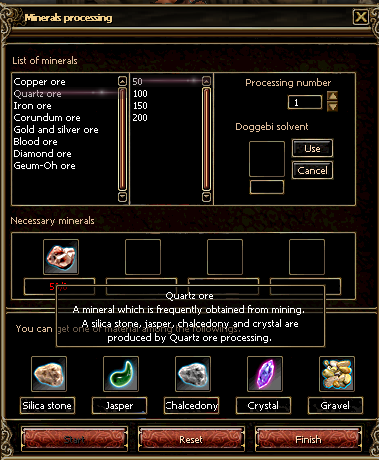 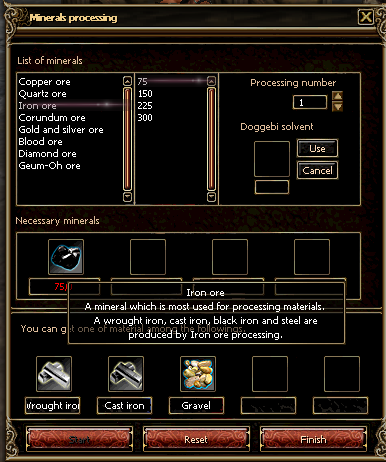 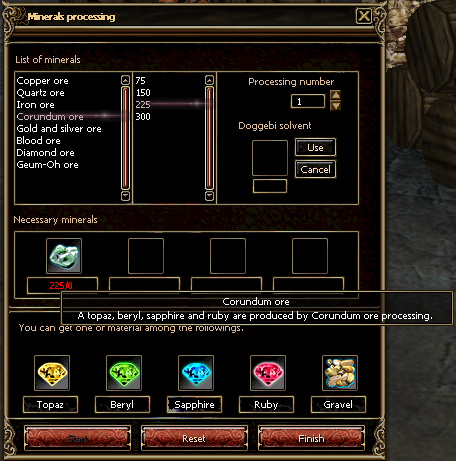 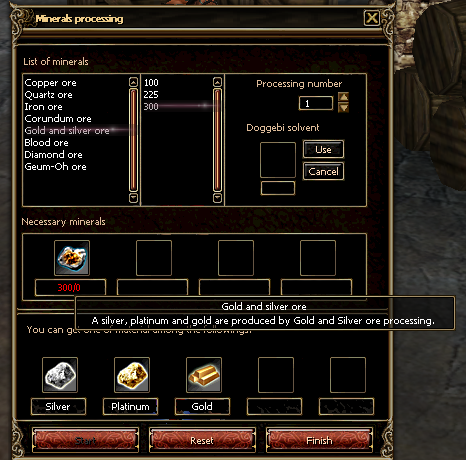 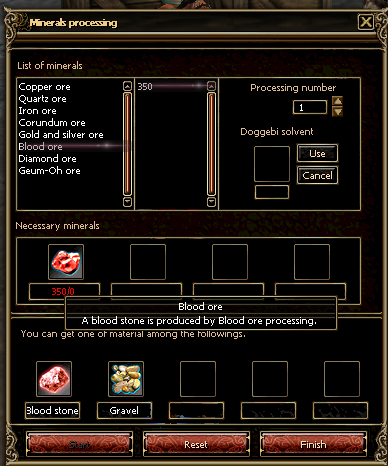 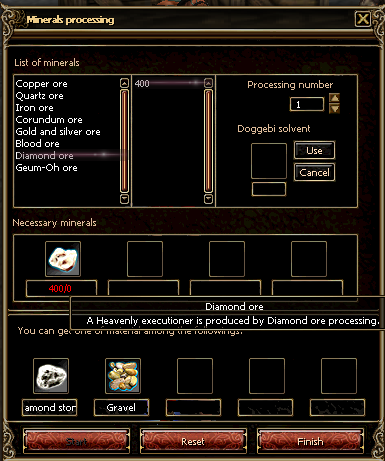 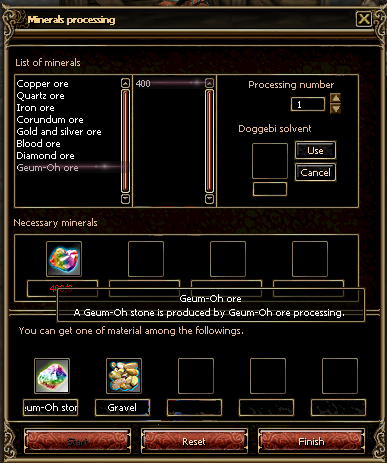 The bound Dragon Spirit Scroll can not be directly sold in stores. But if you are trustworthy player you can enchant someone’s weapon/armor and they can pay you a smaller amount of money then the normal DSS costs so for example 5-10 million.

With the introduction of the heirloom system EVERYONE needs a lot of talismans of defense. They usually sell between 3 million to 5 million geons. So this quest alone can get you between 15 to 25 million geons. 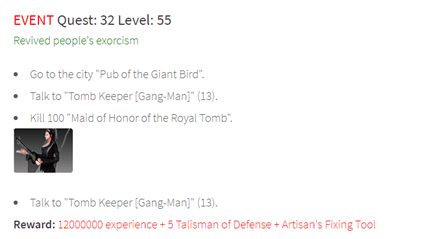 G55 Armors have gone up in price since the introduction of the heirloom system.

This is a great way to make some extra money and the quest is super easy.

G59 weapons usually sell between 5-10 million due to the introduction of the heirloom system.

The gold coin quest rewards you with 1 gold coins, so it’s 1 million gold to kill 120 monsters.

Shadows are monsters which spawn all over the world in Kalonline. You are able to do only 1 damage at a time to them and they deal 10% of you HP as damage. They drop items that you need for NIRVANA (91/96/101 Quests). They also drop silver & gold coins. Most shadows are highly contested but if you manage to kill it you can be looking anywhere from 5-30 million per kill. 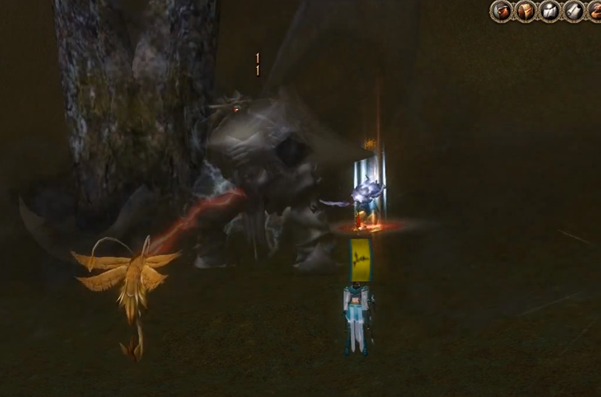 For more info about the shadow go to :http://www.kalonline.com/ShadowDevah

Is used to summon the Doggebi Lord. It can be farmed in D3F8. The price of it is around 40-80 million geons. The drop chance is pretty low but if you manage to get it, you can make a decent amount of geons.

VOD Daily quests can reward you with either a Small Pack, Medium Pack or Large pack.

Personally I recommend doing the Goblin Warrior quests once per day as you only need to kill 30 Goblin Warriors and you are rewarded with a Medium & Large Pack. The quest takes 2minutes to do and if you have 8 chars you can get a total of 16 Packs for 2minutes of work. 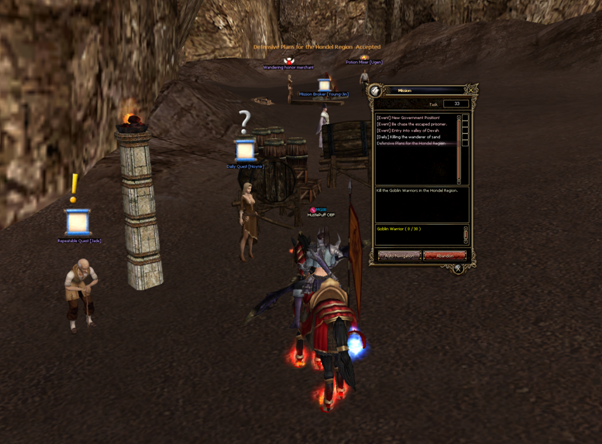 The packs contain the following things: 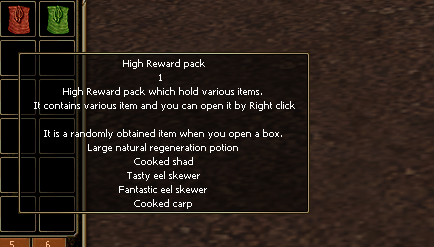 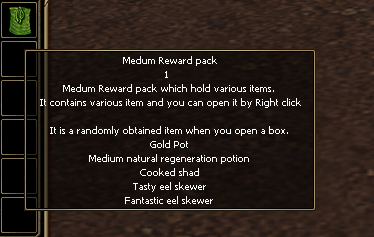 Wander of sand is also a VOD Daily quest which rewards you with a High Reward pack and FEOS (Flowing essence of Sand). It requires you to kill 20 Wanderers of sand which can be found on E-mok Island. This quest should be done with a party as the mobs have around 2 million HP and are generally quite hard to kill. FEOS sells for 1 – 2 million each. 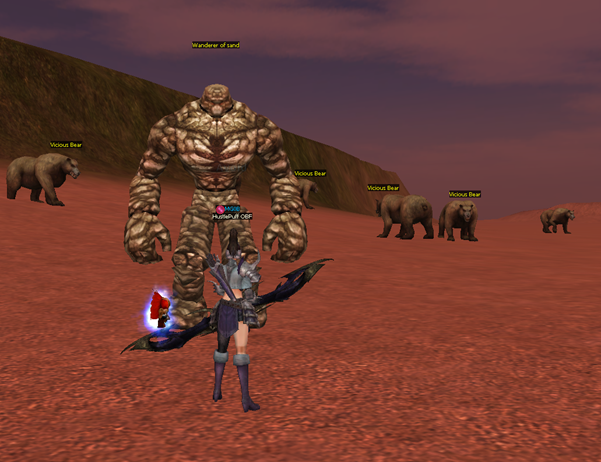 You can sell your reward points. The best way to do this is once you have 250.000 reward points you buy a “Necklace of Holy Hermit” which you can sell in shop for 35 – 50 million geons. 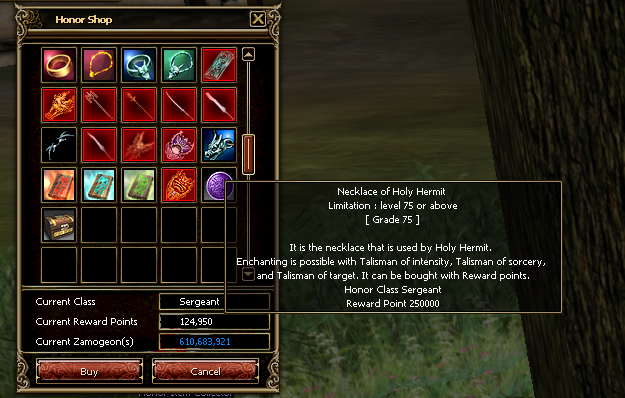 Is a pretty self-explanatory. Buy Low sell High. Always be on the look out for cheap items.

One of the best things to resell are G100 items. A lot of the time people are clueless about the prices and they undersell. Also if you have a lot (100+) items, people will be willing to pay you more for them since they are rare.

Leeching is one of the best ways to make a lot of money, but it does require that you have a geared character (or more) and usually requires a high level shaman. The prices from leech can range from millions all the way up to a few billion geons, depending on the levels / time commitment.

Shiny parties are a decent way to make money, although they usually require you have a very geared ascetic, a general tanker and 1-2 MAs.

Farming low level Quest items is also a nice way to make some money as a new players. As many people want to get their Job Change quests done fast or their skill points. They will pay a lot of money for quest items. Farming any quest items from level 1 – 90 will always bring you some decent money. Depending on the quest item prices can range from a couple thousand geons to a few million geons.

Leveling up Animals to Grade X and selling them

Leveling Animals to Grade 11 /31/68 is also one of the ways you could make some money.

Personally I would recommend leveling them up to Grade 11 and then selling them for 3 million – 5 million geons.

*Note Animals level on their own even without doing anything, so if you are using a character to fish/mine you can also use it to egg and upon reaching Grade 11 you can sell it for some extra profit 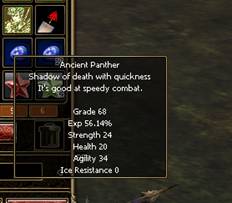 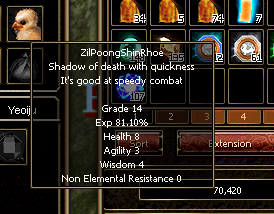 Raid resources drop from all the mobs in the game. A raid resource usually sells for about 4.000 – 6.000 geons.

When playing either Dungeon 6 or Big Area mobs will drop a lot of demon gongs level 1 to level 10. The level 10 Demon gongs usually sell for around 4 – 6 million geons each and can be a nice way to make some extra money while leveling.

There are 3 types of gongs: Earth , Wind , Water

Without the correct gong you can not play in certain areas (90+) so almost everybody in the game needs gongs.

*Note all the other gongs except level 10 are not worth anything.

For more information on how to level up the gongs go to:

For more information you can add Simon on discord: S1mon#3468